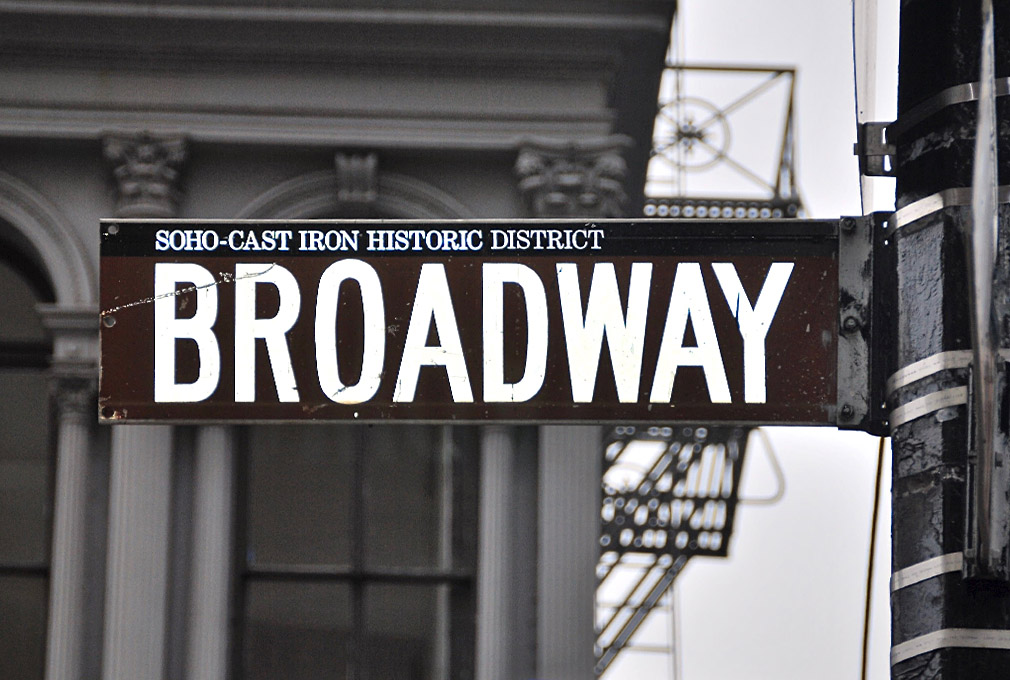 What to Know Before Moving to Manhattan:

Of the five New York City boroughs, Manhattan is the most densely populated.  As the heart of “the big apple,” it is among the world’s major commercial, financial, and cultural centers.  It is located mainly on Manhattan Island, but extends over onto the mainland into Marble Hill.  It is bounded on the West by the Hudson River, the Northeast by Harlem River and Spuyten Duyvil Creek, the East by East River, and the South by Upper New York Bay.  Manhattan is best known by its landmarks, its price tag, and its skyline.  Broadway, Wall Street, the Empire State Building, Greenwich Village, Harlem, Central Park, and the United Nations Headquarters are just a few of the hundreds of Manhattan icons.  For decades, New York City has been the start and end of dreams.  Immigrants have come through the New York Harbor in search and hopes of a new beginning.  National transplants have come to the fashion and finance industries in aspiration that they will make it to the “big time.”  The crowded cobbled streets…the flashing neon lights…the city that never sleeps…this is Manhattan, and this is New York!

Find All You Need to Know About Moving to Manhattan

So you’re ready to move to the Big Apple?  We’ve created this resource to provide you with everything you need for your Manhattan move, right at your fingertips.  Check out the links below for everything you need to know before,  during, and after your move.

–  What to know before moving to Manhattan?

–  Where to live in Manhattan?

–  Does Manhattan have a good job market?

–  What is there to do in Manhattan?

–  What pro sports are in Manhattan?

–  What is the best way to get around in Manhattan? 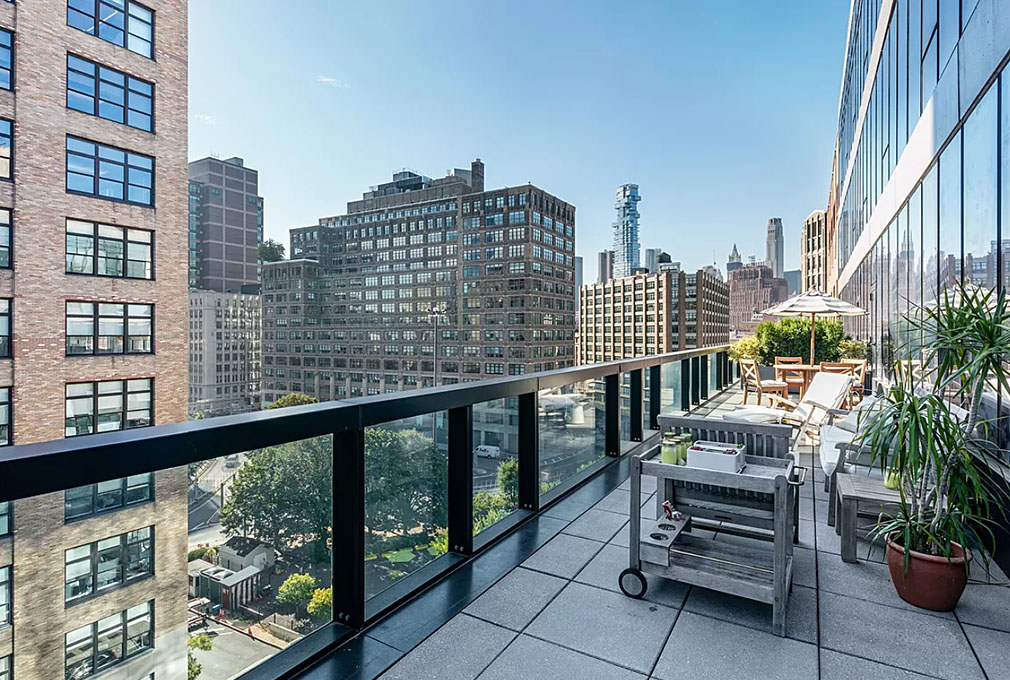 Great Places to Live in Manhattan:

It is not surprising that real estate is a costly commodity in Manhattan.  While the average monthly rent is around $1,500 without utilities, purchasing a condo in Manhattan will cost approximately one million dollars.  As with most other communities and neighborhoods, Manhattan residents take pride in their space.  A couple of unique neighborhoods include Tribeca, where you will spend a little more than $4,000 for monthly rent.   Gramercy Park, with its brownstone houses and well-to-do families, pushes the home cost up closer toward $5 million!  The recognizable loft spaces and industrial warehouse buildings give SoHo a trendy feel.  South of Houston St. is one of the most sought after neighborhoods.  The median home value here is $1.7 million, with an average household income of $148,175.  West Village, population of 34,539 is a dense urban area with a median home value of $1.15 million, a median rent of $2,262, and a median household income of $136,910.

Other notable neighborhoods in the Manhattan sector include Chelsea, Hell’s Kitchen, Kips Bay, and Upper West Side.  Each neighborhood offers trendy coffee shops, unique dining experiences, and cultural attractions.  Although there is busyness and bustle all around, there are many green spaces to sit and reflect.

LET US FIND THE BEST STORAGE SOLUTION FOR YOU

Not sure where to start? We’ve got you covered.

FIND STORAGE WITH SELF STORAGE ADVISOR

Send us your requirements – we’ll send you best options and reserve your final selection.
chat CALL, TEXT, OR CHAT TODAY 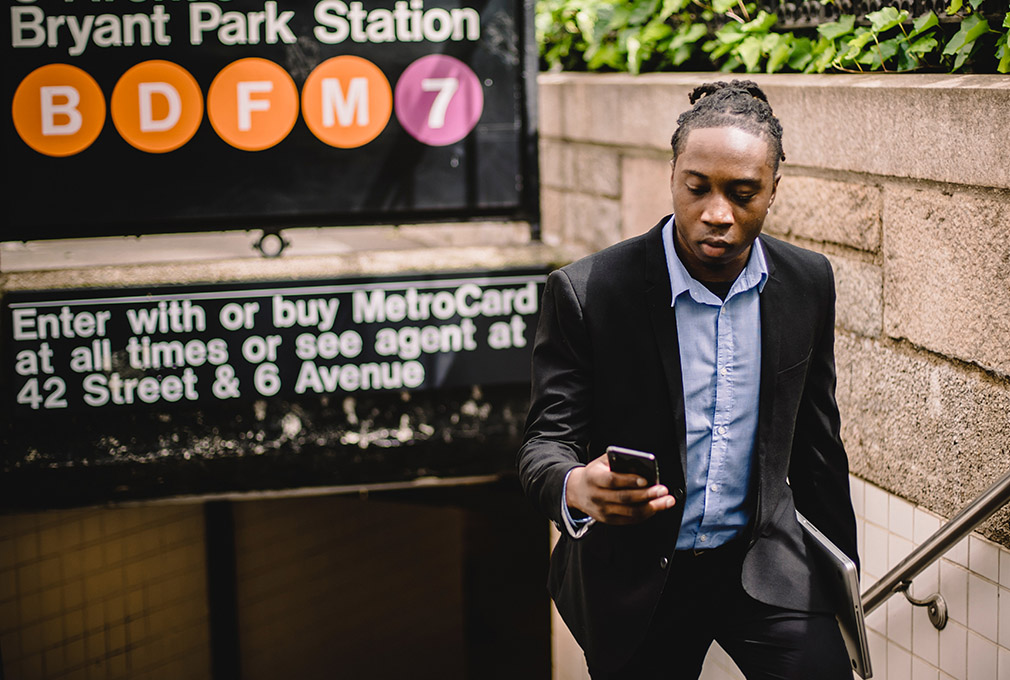 According to investopedia.com, the state of New York has the third-largest economy in the United States.  The state follows only Texas and California.  Narrowing the career industry to highlight just New York City, it is documented that NYC is the single largest urban economy in the country, and is the leading job center for banking, finance, and communication.  Other successful and growing industries are manufacturing shipping and technology.  The six industries that drive the GDP growth are financial services, health care, professional and technical services, retail trade, manufacturing, and educational services.

The New York Stock Exchange on Wall Street functions as the supposed most influential securities exchange in the world.  Paired with the NASDAQ, the two powerhouse stock exchanges lead the world.  Financial advisors and financial service workers, 330,000 strong, earn on average four times the amount of the average New York citizen.  JPMorgan Chase & Company is a massive multinational financial and banking services that employs more than 250,000 people.  Headquartered on Park Avenue in NYC, Morgan is the world’s sixth largest bank and has assets that total well over two and a half trillion dollars.With 219,000 employees, Citi is headquartered in Manhattan and is considered as one of the “Big Four” banks.  Its member roster includes an impressive two hundred million customer accounts in over a hundred and sixty countries.

Leading in the communications industry, Omnicom Group employs 78,500 employees and completes globally as a corporate communications and marketing holding company.  Specialty services, public relations, customer relationship management, and advertising are  all facets of this company’s branded firms and networks.

MetLife, with its 58,000 employees, is one of the biggest employee benefit providers.  MetLife serves not only over ninety million customers in sixty countries, but it also provides for more than ninety of the biggest companies in the Fortune 500.

Godiva, headquartered in Manhattan, is one of the world’s largest chocolatiers.  Food processing is a $5 billion industry that employs more than 19,000 residents.  Silicon Alley, also centered in Manhattan, has become a powerful workforce in the tech and biotech world.  Research and development with the internet, telecommunications, software, information technology, game design , and financial technology are all facets of this monster tech company.  The biotech sector introduces the world to companies like Johnson & Johnson, Pfizer, and Eli Lilly and Company.

New York City’s real estate cost and value are astounding.  Fifth Avenue in Midtown Manhattan has the highest retail rents in the world at $3,000 per square foot according to a 2017 report.  In 2019, the most expensive home sale recorded in US history was a 24,000 square foot penthouse overlooking Central Park.  The price tag was a staggering $238 million!  Time Warner Center, Fifth Avenue, Park Avenue, and Central Park are some of the wealthiest and most valuable properties in the nation.

Manufacturing jobs, totaling 233,000 employees in more than 10,000 businesses, have the highest concentration in Manhattan.  These jobs include garments, chemicals, metal products, processed foods, and furniture.

Things to do in Manhattan:

Take a short boat trip to The Statue of Liberty.  This symbol of freedoms reminds us all of the opportunities that this great city offers.  While in the area, visit Battery Park, Liberty Island, Ellis Island, and the Immigration Museum.  Of course a trip to Central Park is a must.  Skate in Wollman Rink during the winter months, or stroll the 2.5 mile long park in the spring.  Belvedere Castle, Strawberry Fields, and the Central Park Zoo and Lake are all activities to consider when visiting.  The Rockefeller Center and Top of the Rock Observation Deck is sure to be a highlight of your visit.  This entertainment and shopping complex is home to NBC-TV and other media.  Tap into your inner culture to spend the afternoon in the Metropolitan Museum of Art, the Met Fifth Avenue, or The Met Cloisters. Head over to the Theatre District to see popular shows.  Several theatre venues line the streets.

One of the most iconic buildings is the Empire State Building.  Its 86th Floor Observatory is the city’s highest open air observatory deck.  From this height, you will observe some of the most majestic and memorable views of the Big Apple.

A trip to NYC would be null and void without a trip to Times Square.  Most famous for its function at New Year’s Eve, this busy section is filled with noise, lights, and people.

Other attractions might include, Radio City Music Hall, the New York Public Library, The Frick Collection, St. Patrick’s Cathedral, Carnegie Hall, and Bryant Park.  There’s not really a place in the city where you will not be impressed by its beauty, its size, or its influence.

Manhattan is safer than 23% of the cities in the United States, with some of the safest neighborhoods being W218 St/Broadway, Madison Ave/E 50th St, Main St/East Rd, and Randalls Island Park/Wards Island Park.

Getting Around Town – Transportation in Manhattan:

Having your own car in Manhattan is pretty much pointless.  It is reported that only 6% of shopping trips in Manhattan’s Business District involve the use of a car.  It is the city’s public transportation system that moves the city.  This system is a series of subways, aerial tramways, ventilated vehicular tunnels, the Metropolitan Transportation Authority, taxis, the Port Authority Trans-Hudson, commuter rails, inter-city rails, and buses.  Subway customers may pay with a MetroCard.  By 2023, a contactless system called OMNY is set to replace the MetroCard.  There are several ferry services that transport tourists and citizens across the waterways. 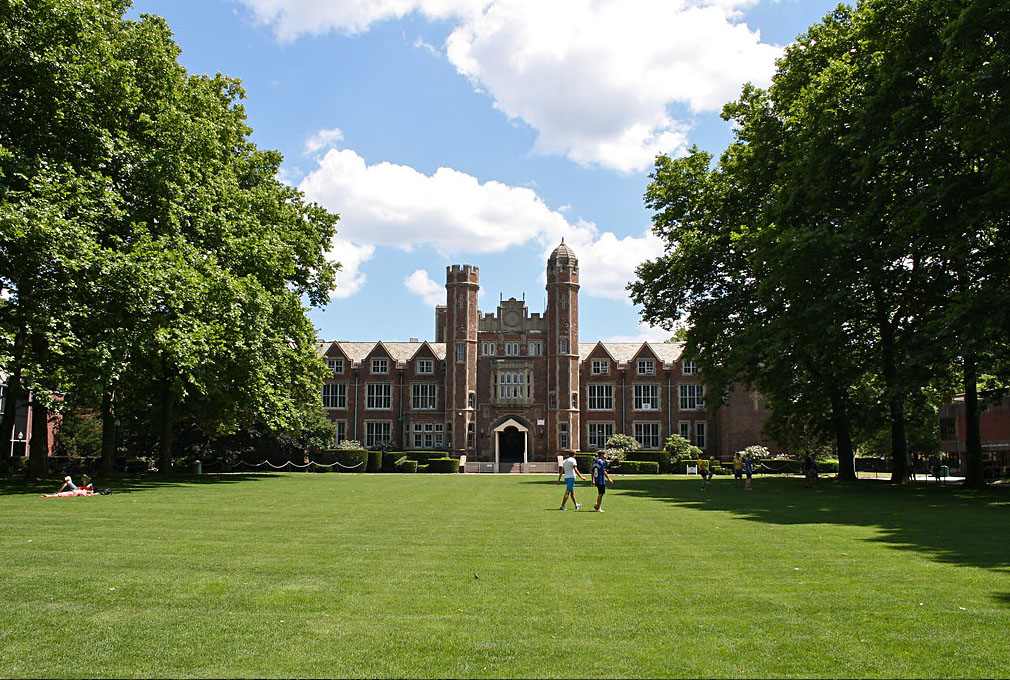 Manhattan places a high priority on education as it seeks to continue the production and growth of such a global economy.  Private schools are in demand and for outweigh the public schools.  There are 1,110 schools in the Manhattan area, 724 of them being private schools.  Scoring 10/10 on greatschools.org, Battery Park City School, East Side Elementary School – PS 267, PS 527 East Side School-Social Action, and >Success Academy Hell’s Kitchen are the top elementary schools.  Middle schools that rate at the top from the same research are Battery Park City School, PS 171 Patrick Henry, The Mott Hall School, PS 184 Shuang Wen, and East Side Middle School.  High schools receiving top ratings include Stuyvesant High School, Eleanor Roosevelt High School, Millennium High School, and High School Math, Science, and Engineering at CCNY.